Going to try this out and see how long it lasts… This weekend, I discovered my 3rd great grandmother, Walerja.

All of this information, I’ve been able to extract from one 1910 U.S. census record found on Ancestry.com. Of course, all of it is unverified, but at least I now have a theory and an idea of where to look next! 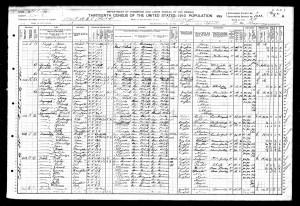 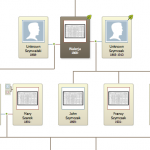 First, my 2nd great grandmother (wife of Leon. Szynwalski), Mary Szareck’s New York Passenger List entry. I now know she emmigrated from Dabie, in Polish Austria, at the age of 18. She was 5’2 with blonde hair and blue eyes and destined for Chicago. I’m not sure which ship is the S.S. Bremen in the photo, but either way, it’s no luxury liner. 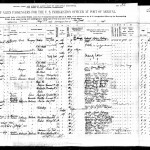 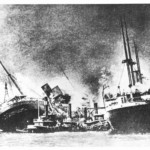 Second, my great grand uncle (son of Leon. & Mary Szynwalski), Edward Sinwelski’s WWII Army Enlistment record. Edward was married to his wife, Vera Carnagey, in March of 1941 and enlisted in the army a month later in April of 1941. According to the record, he served as a Warrant Officer. After a bit of googling, I’m still not entirely sure what this position entailed, but it’s definitely respected. I found a SSDI for Edward that indicates he died in December of 1982, so I do know that he survived the war. Unfortunately, there isn’t an image for this one.

Those are this week’s big ones – see you next week, I hope!