Wow – RootsTech 2011 was an absolute blast, indeed, a techie-genealogists dream come true! I almost don’t even know where to begin, there is so much to say (and so I apologize, because this may get long)! I learned so many great genealogy tips, began formulating some great ideas for genea-tech applications, and met a plethora of interesting people!

If you’re unfamiliar with RootsTech 2011, it was an inaugural conference event at the Salt Palace Convention Center in Salt Lake City, Utah, that aimed at bringing together professional and amateur genealogists, technology creators, and technology users with the goal of reducing friction and generating stronger ties between the two fields of genealogy and technology. 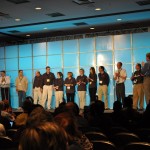 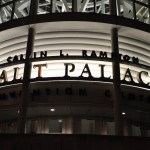 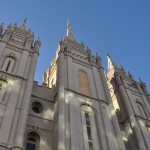 A side note on Utah, Mormons and Family History

I’ve never been to Utah before, nor did I prepare by doing any sort of research on the city of Salt Lake, so I really had very little idea what to expect. I did know it was a genealogy hub because of the Family History Library, but I had completely forgotten about the massive Mormon population and never really bothered looking into the connection between family history and the Latter Day Saints.

As I quickly learned, Mormon’s are such avid family historians because they hold the belief that people who have died before them can be baptized into the church by proxy, allowing ancestors who weren’t living church members to join them in the afterlife. This essentially means that if your grandfather was a serial killer or baptized Catholic, for example, you could be baptized by the church of Latter Day Saints on their behalf, thereby allowing them to leave their “spirit prison” and join you in the heavenly afterlife. Apparently, people like Adolf Hitler and the Pope have been baptized vicariously in this way. From what I can tell, Mormons base this belief on a single New Testament scripture line:

For more on this controversial concept of baptism for the dead, there’s a great article on Wikipedia.

That all being said, I found Salt Lake to be a very strange city – comprised mostly of white folk, most of whom seemed to be Mormon, and many of which were recruiters. While this population did seem to contribute to the overall sense of safety and order of the town, it definitely left something to be desired. I can’t say I’ll ever go back to Salt Lake except for the next RootsTech conference which is already scheduled for February 2-4, 2012.

Back to the conference! Between the keynotes, sessions, nightly events and vendor exhibits – there wasn’t any time to waste. So, let’s get to the highlights!

Lead by Geoffrey Rasmussen of Legacy Family Tree, this session looked at tools and techniques to help with digital image cleanup, preservation and organization. Geoffrey focused primarily on using Photoshop Elements and Picasa for both manipulation and organization, but touched on a few other services as well. Both PhotoShop Elements and Picasa offer offline photo organization as well as online backups (for a fee, of course). And since both services offer slightly different features, Geoffrey suggested using the combination for ultimate organization and meta tagging assistance.

This was a very interesting session for me personally, as I recently developed my own DIY photo archiving solution: jarchiver.com. At the time of development, I had avoided services like Picasa as I felt they were too detached from other aspects of genealogy and in the case of sites like Flickr, required hefty monthly payments. While I’m still not sure what my ultimate photo organization solution is, a lot of good ideas definitely came out of this session. I discovered another interesting option from one of the vendors called PhotoLoom, which ties your tree into your photo storage – so I’ll definitely be looking at this service in the future.

Systems and Methods for Geospatial and Temporal Interpretation of Genealogical Data

Bernie Gracie lead this session which went over using his site, AncestralHunt.com, to break down brick walls by looking in depth at the geographical locations and migrations of your ancestors and their communities. Most of the session was a demo of the service, which made it clear that there’s a lot of potential for this kind of research – especially since a large part of what the site offers is community collaboration.

Since the nature of family tree research is so fluid, Bernie suggested using the site as a tool for ideation and theorizing, rather than a place to keep verified data. This concept in itself is worth noting. A related idea was presented by Jimmy Zimmerman in an Unconferencing session: since our trees are ever changing and since we often encourage collaboration, while simultaneously fearing the inadvertent destruction of all our hard work, why not implement a kind of version control system for family trees?! Think github for your ancestry! You want to invite your cousin to work on your tree, but you don’t want her going in and tearing shtuff up – create a “branch” of your tree that see can work in! When she’s done she can submit her changes back to you and it will ultimately be your decision whether or not to include them in the main trunk.

This session, lead by Lisa Louise Cooke, host of the Genealogy Gems Podcast, demonstrated how you can create virtual tours of your ancestry using Google Earth. These tours can help tell your family story in a very visual and engaging way, so they’re great for people don’t quite understand your obsession with genealogy.

To create a tour, you essentially plot a bunch of points on Google Earth which you can then “play” through. Each point can contain any amount HTML including embedded images, videos, and audio recordings. So as the tour plays and Google Earth pans around the globe to each point, it launches each coordinate description allowing you to effectively tell the tale of your family.

Night at the Clark Planetarium

As unrelated to genealogy as astronomy is, this event was a pretty great time. Between the free food (which was pretty tasty), 3D IMAX movies, star shows in the Hansen dome theater, prize drawings, and other exhibits, there was plenty for everyone to do.

My favorite part of the night was watching Hubble 3D in the IMAX theater. Narrated by Leonardo DiCaprio, this eye-candy film documented the efforts of the seven astronauts aboard the Space Shuttle Atlantis and their mission to repair the Hubble Space Telescope. The whole film was full of breathtaking views of Earth, distant galaxies and other celestial presences. It was really just a pleasure to take in.

As the heading implies, the Family History Library stayed open late especially for RootsTech attendees. Genealogists were able to utilize the libraries resources and expert knowledge through midnight. There were also a few showings of the newest “Who Do You Think You Are?” episode featuring Tim McGraw, but I skipped those to see what interesting documents I could dig up.

I started in the family history book section and looked for family surnames but didn’t come across any matches. Next, I moved to the computer and began searching through all the paid databases I normally don’t have access to. I wasn’t as prepared to do research as I should have been, so I basically performed a bunch of generic surname searches with focus on a few key ancestors. I managed to come across one concrete document – a death notice from the 1943 Chicago Tribune for my great grand aunt, Marie ‘Bibs’ Schick.

I also found a few leads on my great-great-great grandfather, Christ Pagels, which could very well pan out! 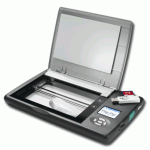 Flip-Pal definitely stole the vendor show with there amazingly awesome portable scanner. This battery-powered mobile scanner will take 300-600dpi scans and comes with an SD card that’s pre-loaded with stitching software allowing you to take multiple scans of large documents that can be seamlessly pieced together later on. And just incase you don’t have an SD card reader in your computer, they even throw in a USB adapter (seriously, awesome bonus)!

Now when I say Flip-Pal stole the show, I wasn’t kidding – they sold out of their conference stock each day and had to get more shipped in every night. There were hordes of people around their booth in awe of the nifty little device. And while I didn’t buy one on the spot (simply because I didn’t want to carry it around with me, nor was there a conference discount), I promptly ordered one online when I got back to the hotel.

Check out this glowing review of the device for more info.

GeneTree was the other vendor I found to be of great interest. They provide a genome mapping service similar to that of 23andMe, which I’m already participating in. Talking with the folks here definitely helped to clear up some of the confusion I have with my 23andMe results and their vendor demo session provided a lot more background on how DNA moves from parent to child and how you can begin interpreting the results. I’ll likely give their service a try as it’s focused on the genealogical aspect, rather than both health and ancestry, and includes a lot more in terms of graphing and data interpretation.

To show my support and intent, I picked up one of their very sweet t-shirts:

While I didn’t have too much free time to tour around the city, I was able to visit the LDS temple and visitor center, a few local pubs, and the infamous Salt Lake. I saw some very cool things, and many, many strange / interesting things. Here’s a sampling: 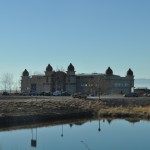 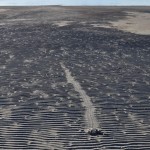 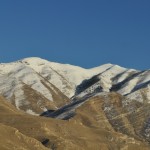 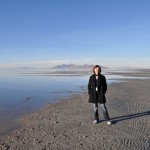 All in all – RootsTech was a pretty good time and I can’t wait to see what they pull off next year! There’s already been a ton of great feedback and the blogosphere still can’t stop talking about it.

I’ve posted all of my photos over on jarchiver, my personal photo archiving app, so check those out for even more good times. 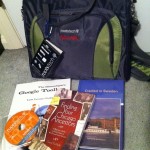 Now it’s time for me to end this novel and get back to my research – I bought three pretty awesome books on Sweden, Chicago and Google from the book vendor! See the photo for book details and to see the awesome laptop bag I got as a participant of RootsTech!