Cuisine Week for the month of May officially ended last night with a stellar BBQ, certainly the highlight of Jamaican Week! Overall, I was somewhat disappointed with Jamaican Week. I was expecting much bolder flavors and vibrant dishes, but maybe the lack of those has more to do with my choice of cookbook and absence of scotch bonnet peppers. There are at least a few dishes I’ll be going back to in the future though, so it wasn’t a total failure.

Jamaican cuisine themes: allspice, thyme, scallions, and scotch bonnet peppers (I couldn’t find them and so substituted with serranos and jalapeños). 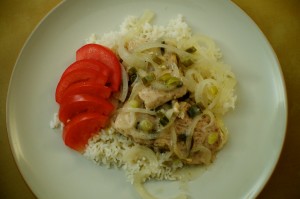 Adam really liked this dish, but I found it a bit bland. It was basically white fish sprinkled with a tiny bit of allspice and lime juice, cooked in oil with a bunch of onions and scallions. Half way through cooking, the recipe had you add a milk and flour mixture to pull together the sauce. It had a 1/4 teaspoon of Worcestershire sauce in it… why? I don’t know – because you couldn’t taste it at all! 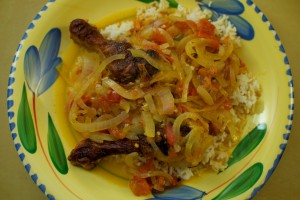 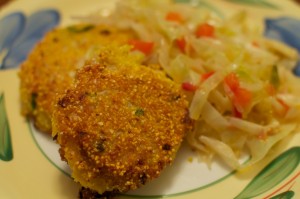 This combo only received a rating of 3 because of the cabbage. Without the cabbage, this would have been a fail. I bought coarse ground cornmeal instead of fine ground. Mistake. The fritters had good flavor but were way too crunchy to enjoy eating.

Adam did not like the cabbage, but I did – enough to make it again for the BBQ finale! It was kind of fun / easy to make, too! Cook up some onions, sweet pepper, tomato, and scallions in oil and after that’s all softened, add the cabbage and scotch bonnet (or in my case, serrano) peppers. Cook with the lid on for 10 mins, lid off for another 5. Simple and tasty. 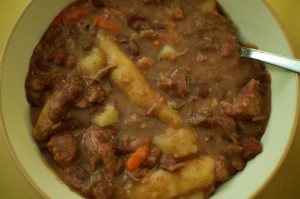 This one was pretty exciting if only because I got to cook with a ham hock for the first time ever! What Jamaican’s call “red peas,” we call kidney beans. So this dish was sort of like a chili or stew. Beans, beef chunks, ham hock, carrots, potato, cucumber, a few scotch bonnet (serrano) peppers, and dumpling-like dough “spinners”. 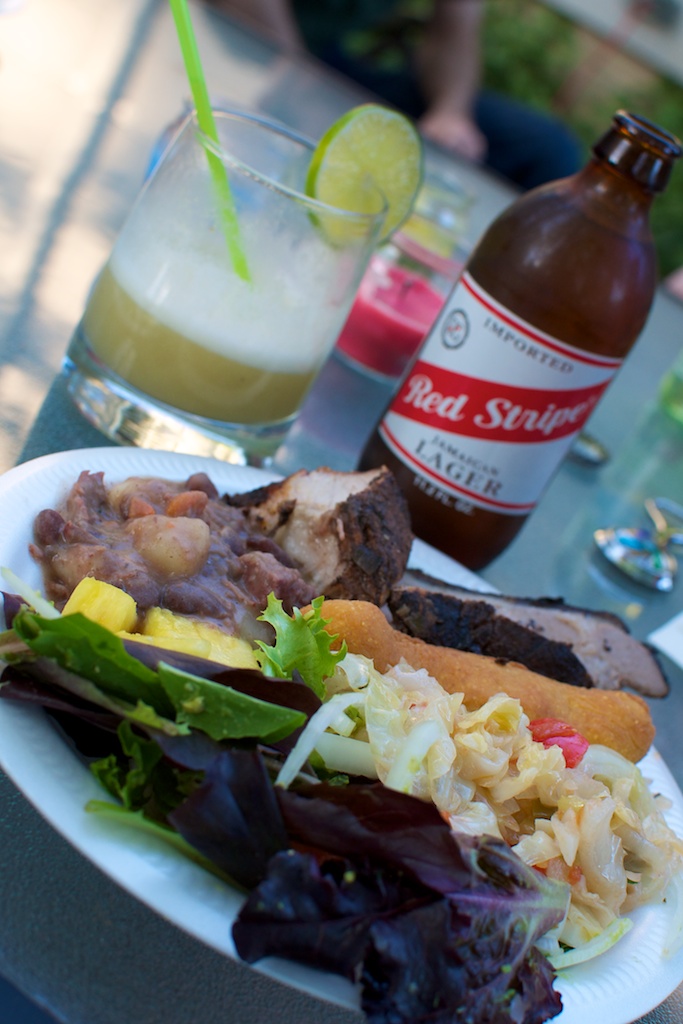 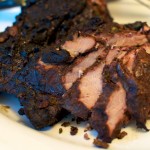 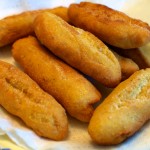 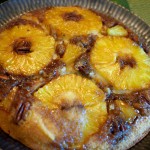 And finally, we’ve made it to the best part: BBQ! I spent quite a few hours preparing this feast, which was exhausting to say the least. First up, I put together the jerk marinade – the recipe called for 5 bunches of scallions, a quarter cup of allspice, and scotch bonnet peppers. While the pork marinated for about 4 hours, I put together the pineapple upside-down cake – which was fun to make AND delicious. Next up was the festival, a cornbread like fried dough stick – these were also yummy. Following the festival was the quick-fry cabbage. And then finally, the avocado salad – which was really a pretty standard salad.

The big take away of Jamaican Cuisine Week – find scotch bonnet peppers or substitute enough to match the spice level. I admit, I was hesitant to use a bunch of serranos as a substitute since what I read said to use double the number, and after the heat during last months Indian Cuisine Week. But I really should have used double the peppers. Next time.

Next month I’ll be cooking Ethiopian! I have no idea what to expect! Should be fun – see you then!