Birds of The Syrup Ranch

In January, Nate and I moved into a lovely house in the Historical East Side neighborhood of Ypsilanti. Built in 1886, but remodeled and modernized a multitude of times, it’s the perfect combination of spaces with a bit of retro-rustic charm, plus – an AMAZING backyard. We love it and have fondly named our home, The Syrup Ranch.

The backyard features a large, 3-story, old pine tree – not too far from the house, which has made it easy for me to pick up a few old hobbies of mine… birdwatching and photography.

Birds fascinate me. Each species has their own interesting traits, characteristics, and migratory patterns. When a new bird appears, it’s a new challenge to pursue. What is it?! Aside from, what Nate would likely confirm as, obsessive observations – I have 2 other tools to help me identify each new bird that makes an appearance. First, is the iBird Midwest iPhone app; second, is my trusty telephoto lens.

Part of the challenge that I enjoy, is getting out my Nikon, hooking up the telephoto lens, and waiting until the bird stops jumping around, or moves into just the right light – allowing me to finally snap a fairly decent photo. It’s like True Detective: Bird Edition. It’s a practice of patience. And it’s something that I do to relax and distract.

Without any further ado, here are a few of the best photos (either aesthetically or just because it’s a cool bird) that I’ve managed to capture over the last 4 months. P.S. I saved the best for last. 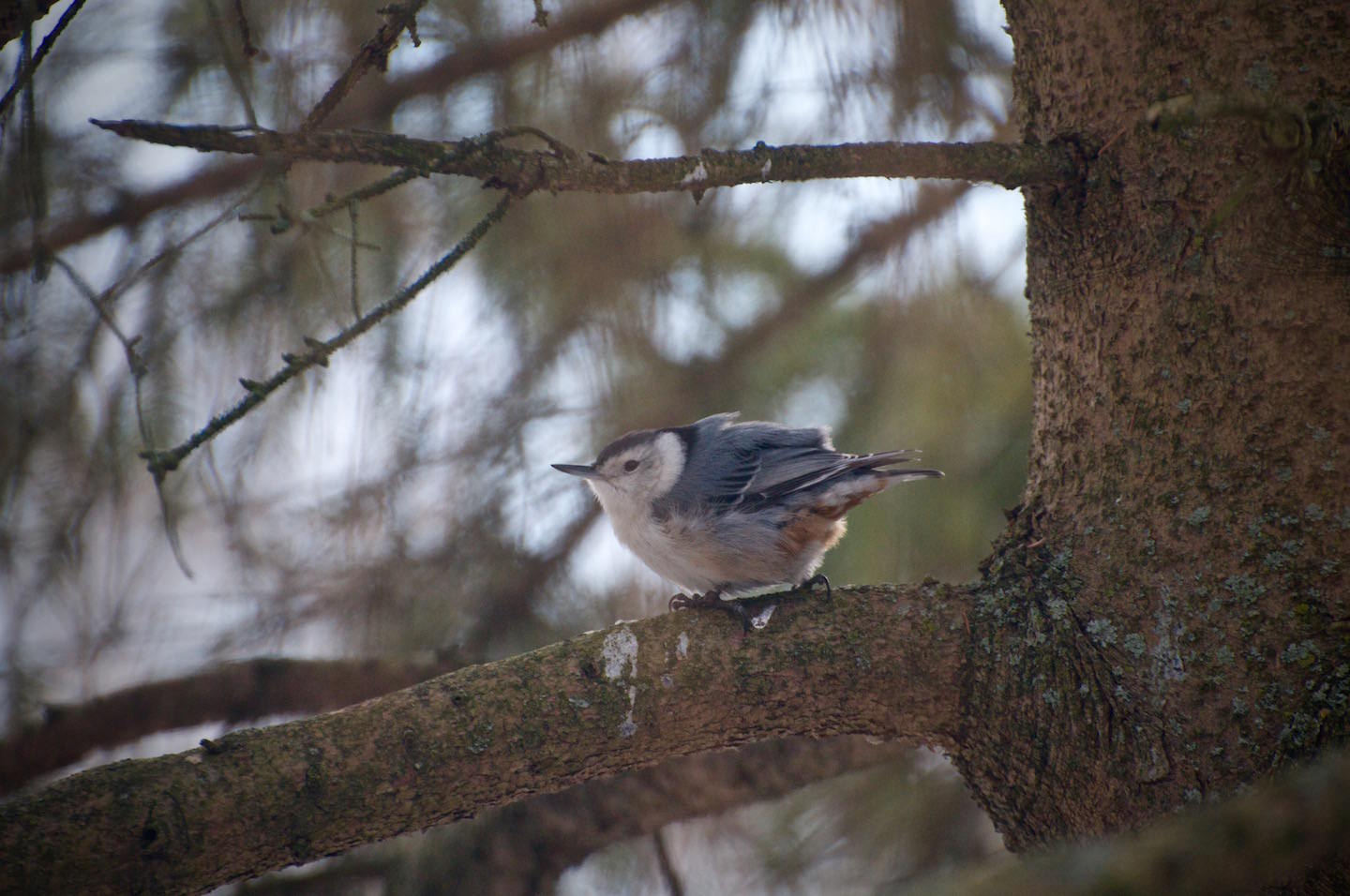 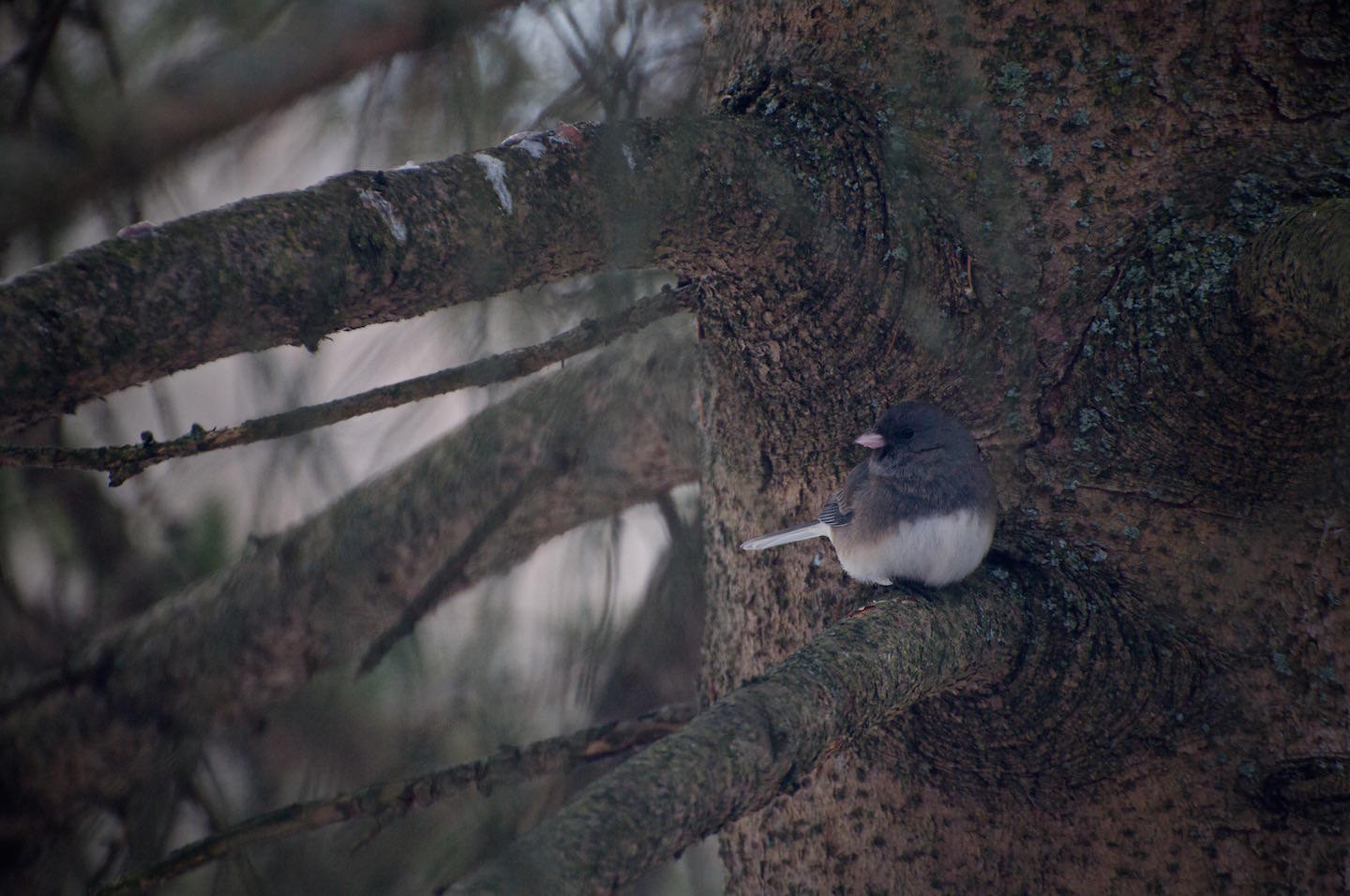 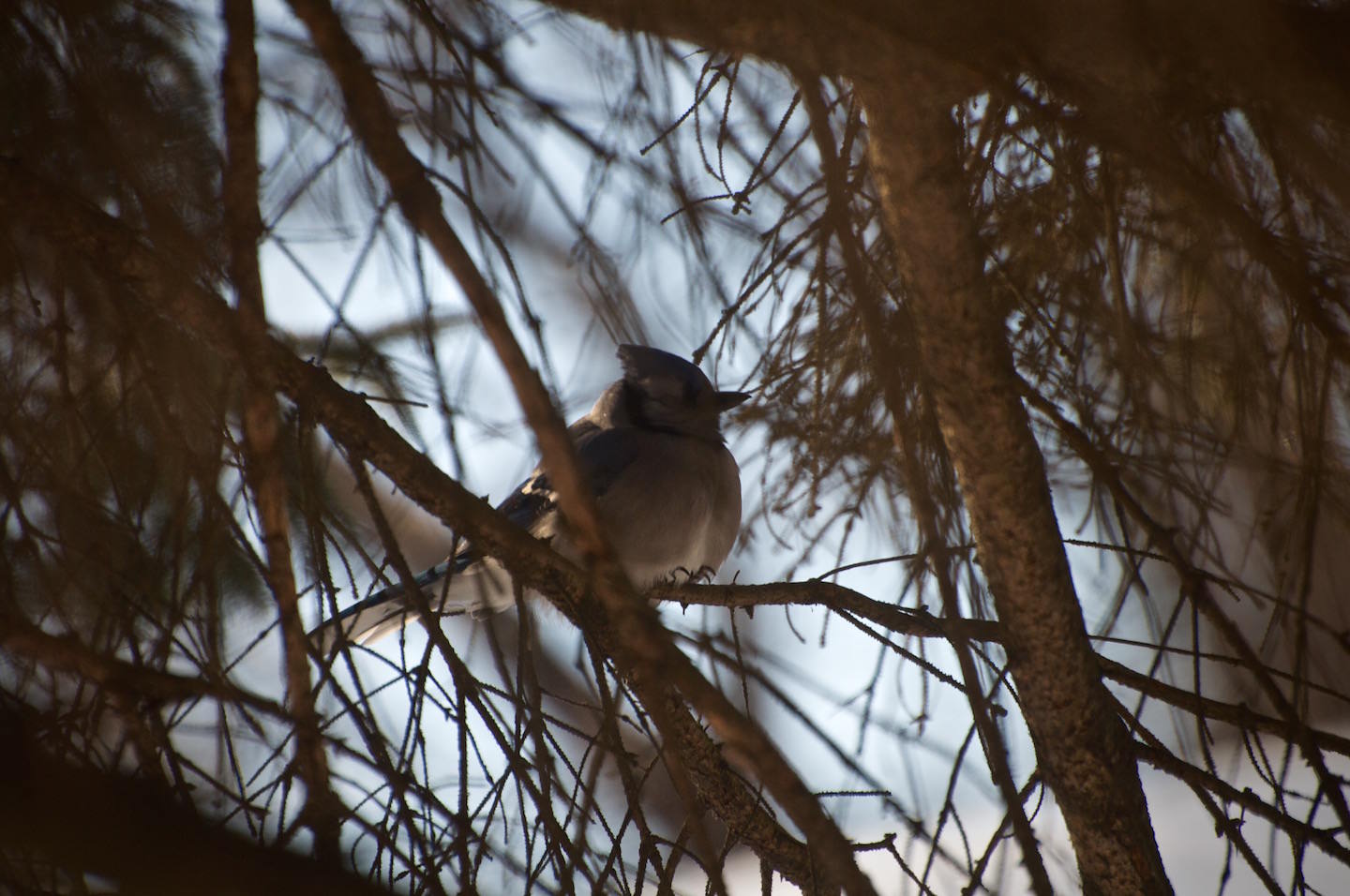 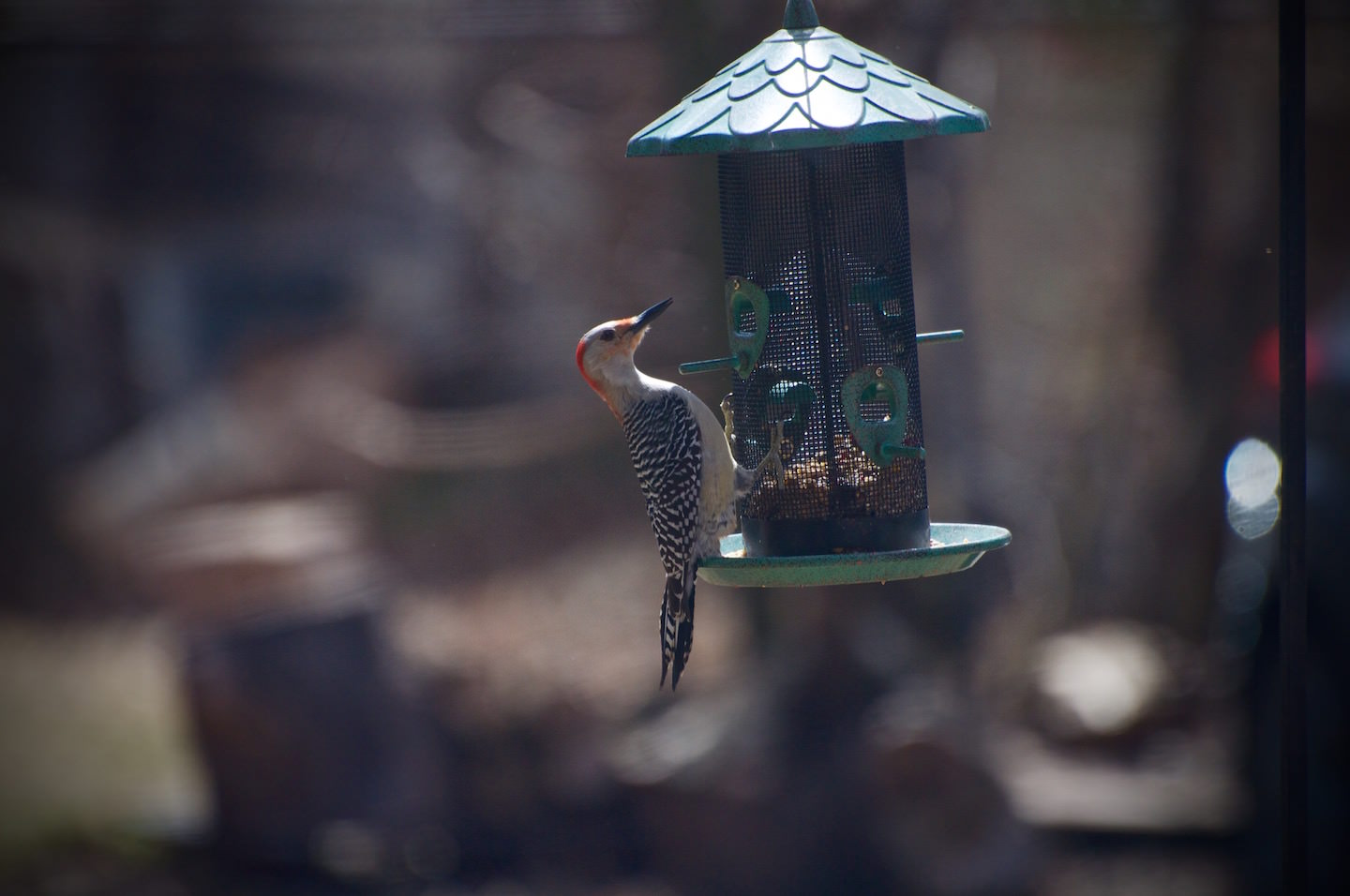 European Starlings
I don’t know why people dislike starlings so much – just look at that coloring! I swear, Beyoncé probably has a bodysuit that looks just like this… 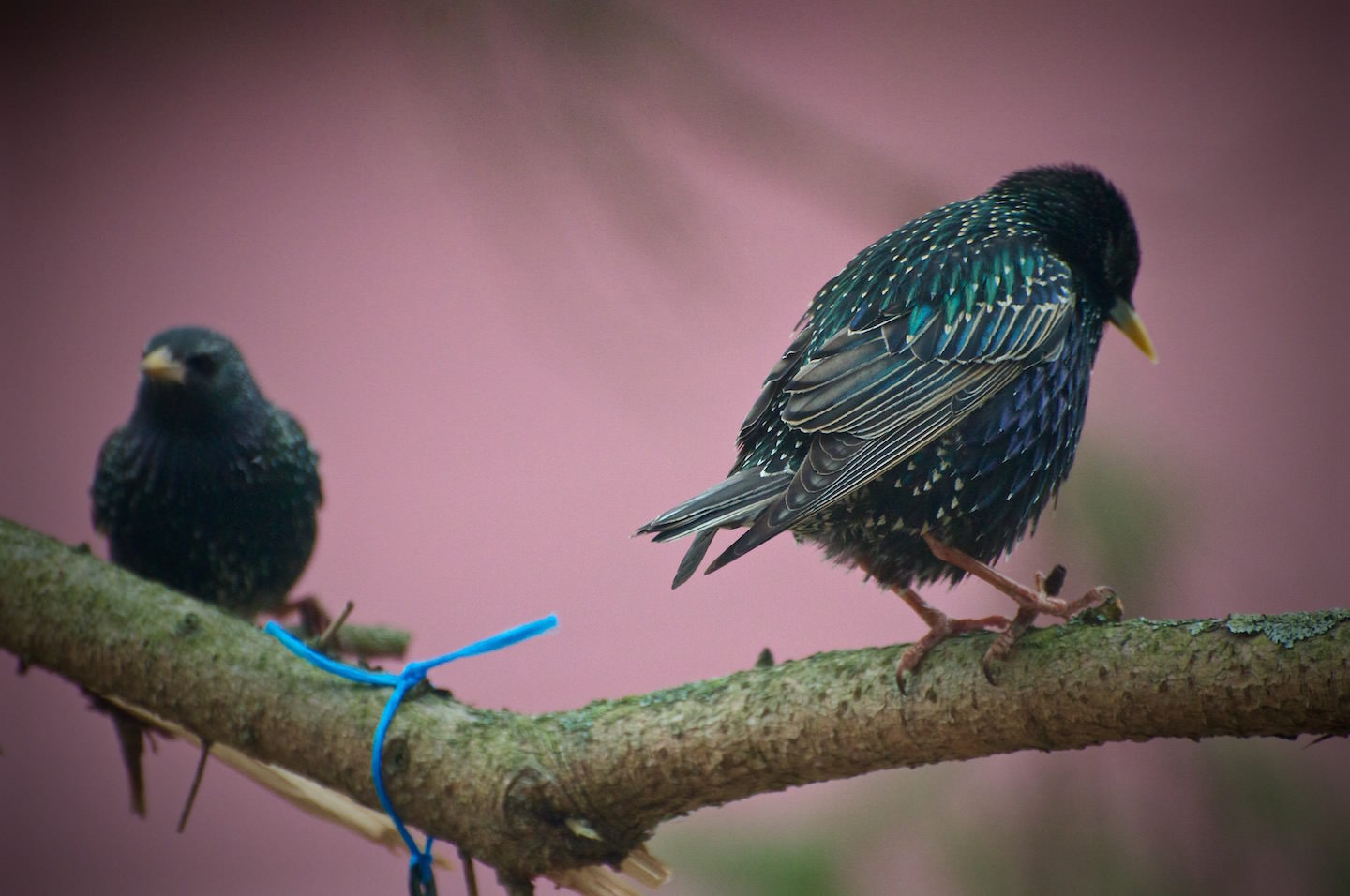 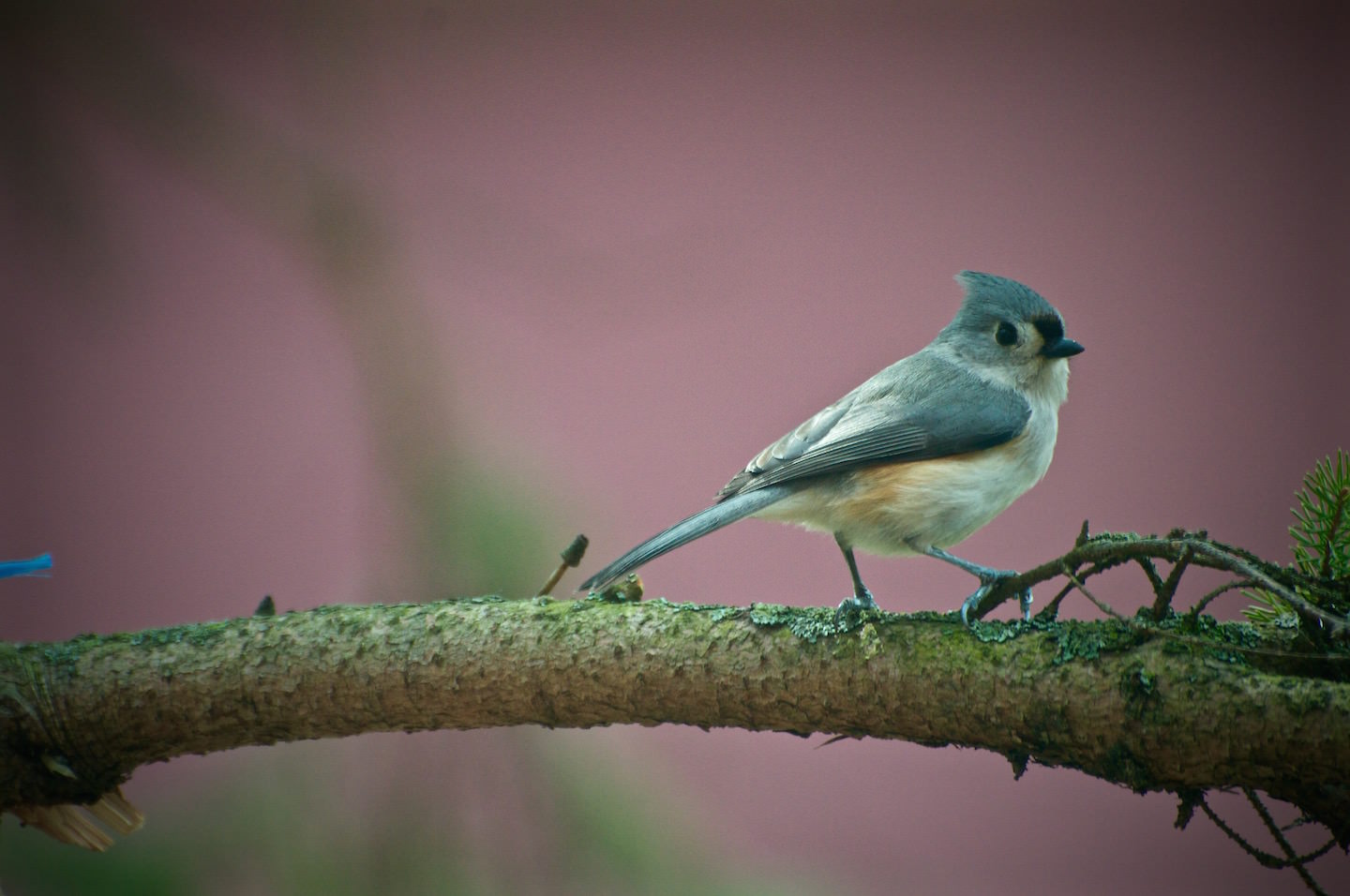 Red Birds
Red birds are awesomely beautiful, but sometimes it’s just too much… tone it down, guys. That’s why I like female cardinals a bit more. Left: a purple finch among the leaves; Right: a female cardinal. 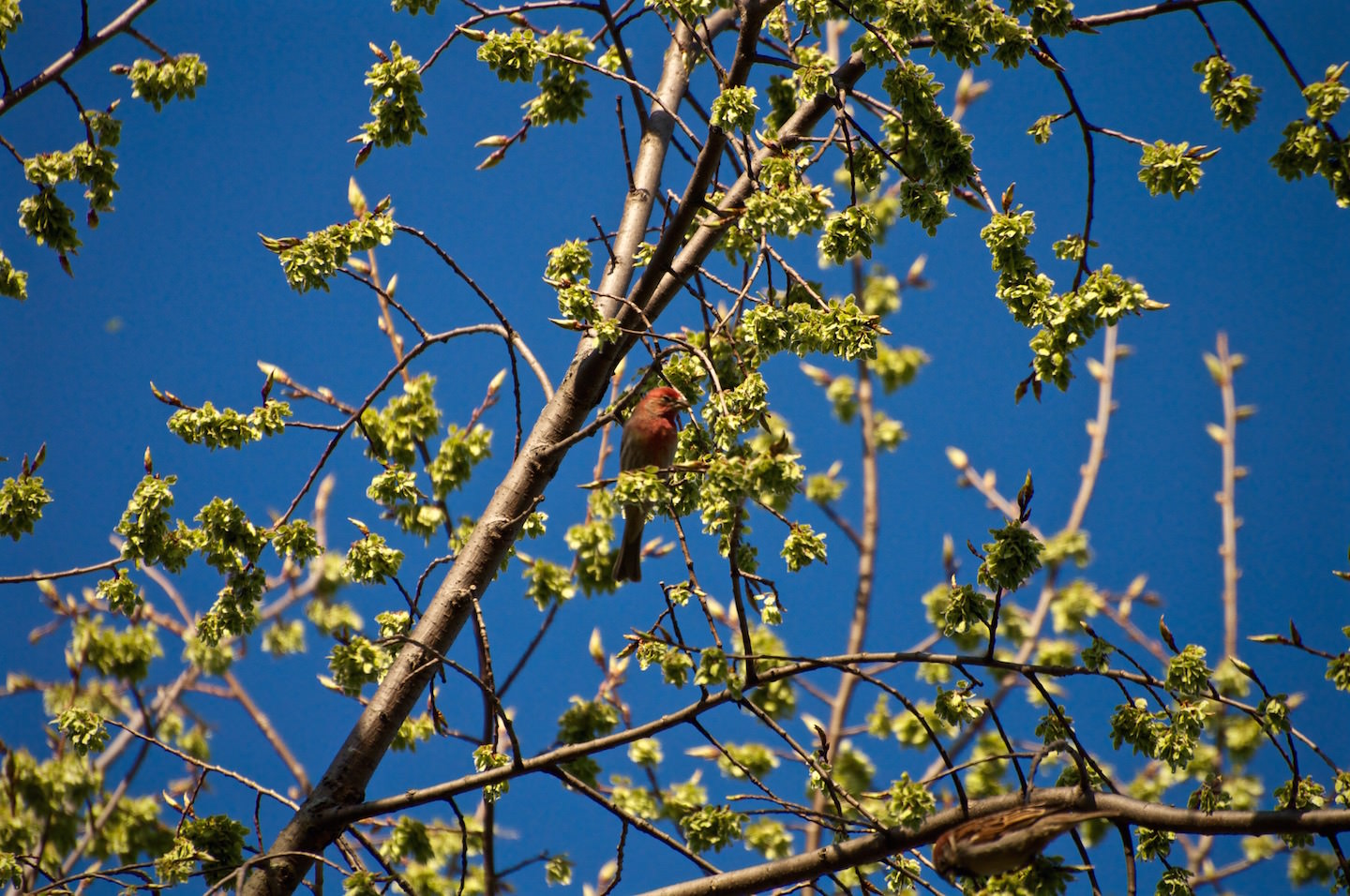 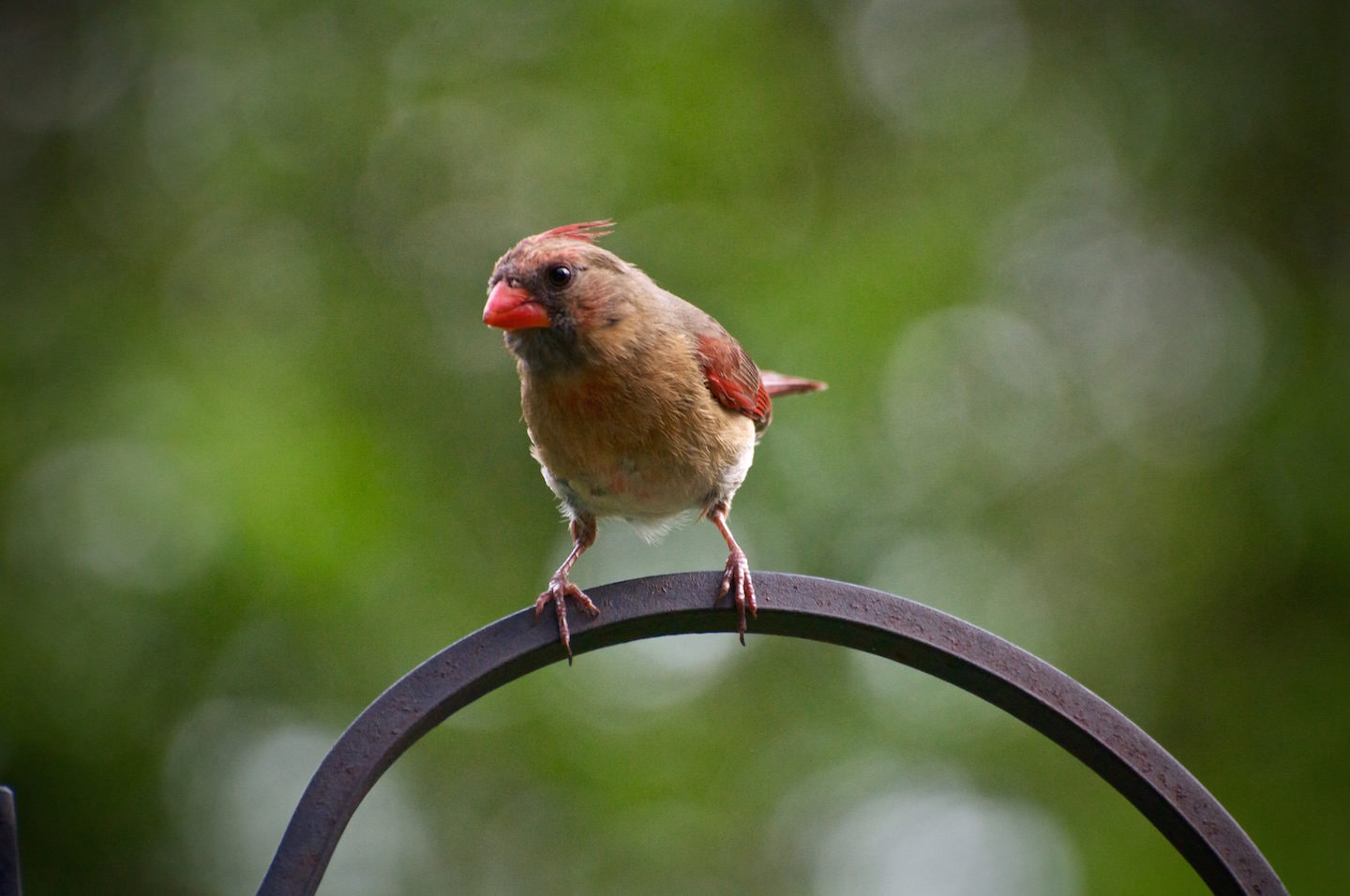 Magnolia Warbler
This beauty just arrived in the last week and has likely already departed to complete it’s migration to the U.P. or Canada.
It kept pretty high up in the pine tree and jumped from branch to branch pretty quickly – making it a fairly challenging bird to photograph. 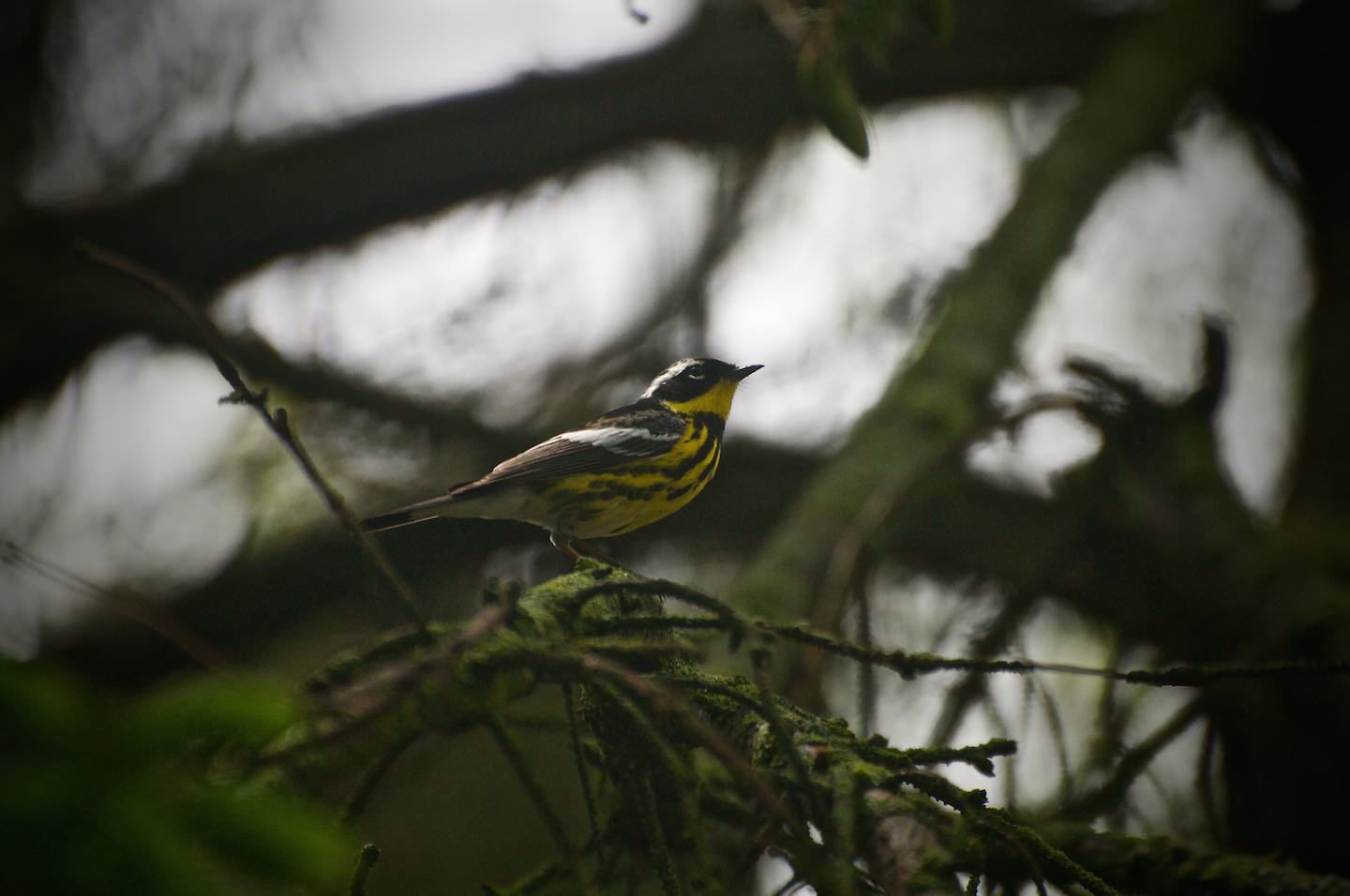 Female Ruby-Throated Hummingbird
And finally, there’s this tiny, little love who came in from migration about a week ago. As you probably guessed, she was also extremely difficult to photograph. Fortunately, they’re pretty fond of perching in thick trees between sips of syrup. 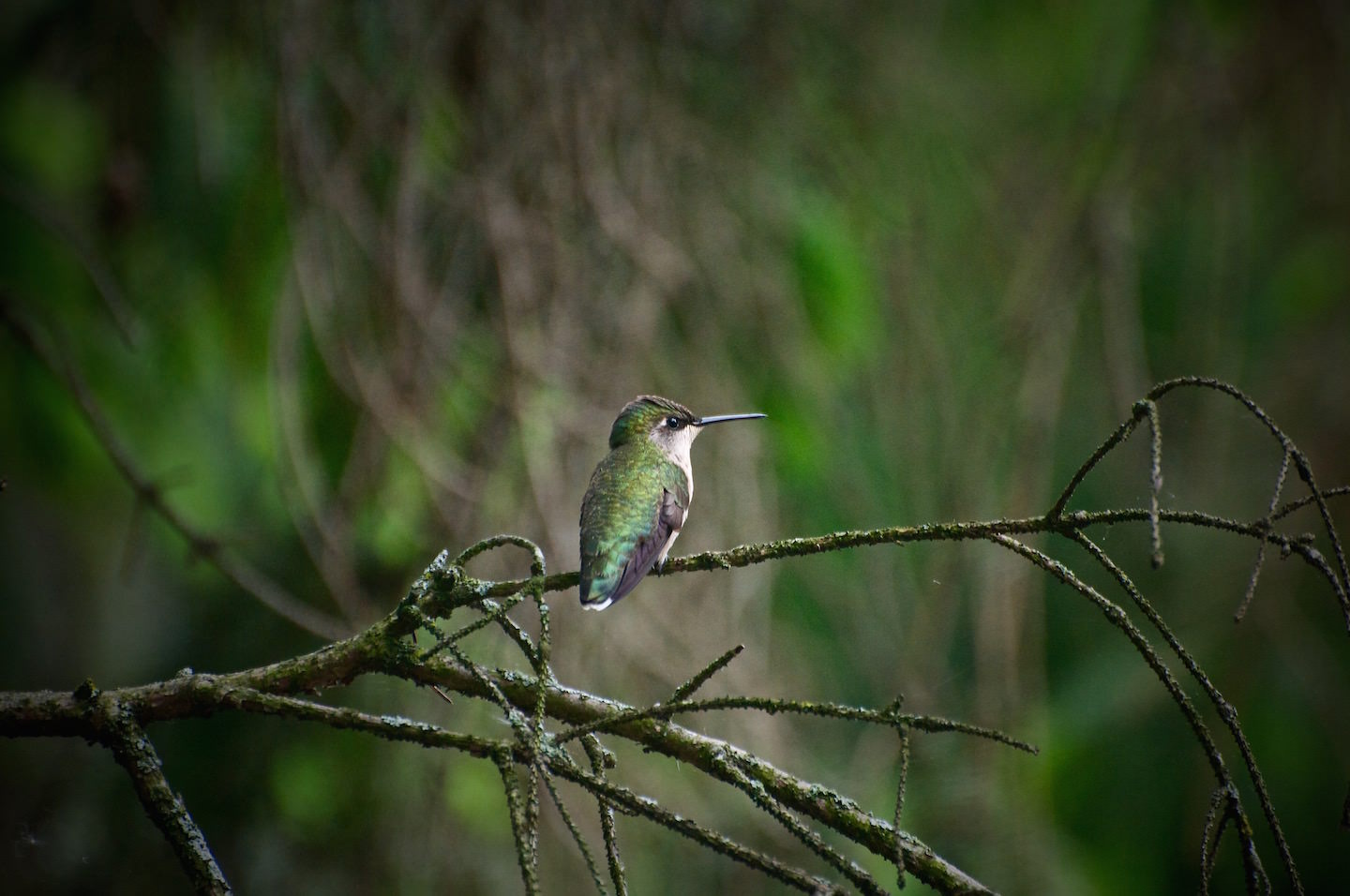